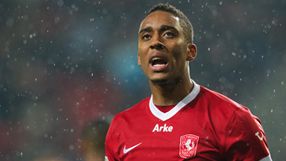 The Premier League club said on their website that the deal was off.

"We are extremely disappointed not to be in a position to complete the signing but we always have to consider what is in the best interests of Everton and its supporters," a club spokesman said.

"On this occasion it was not the right thing for the football club to do."

The spokesman added that Everton were still looking at options before the transfer window closes on Thursday.

The two clubs had settled on a fee on Monday but media reports had indicated that Everton wanted to restructure the deal after the medical revealed a problem with the 23-year-old's knee.