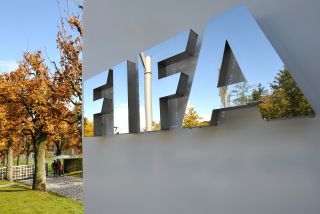 In a statement on its official website on Monday, FIFA confirmed former Crystal Palace, Lincoln City and Kettering Town defender Moses Swaibu, along with two Slovakia-based players, were now subject to global bans.

"In England, one more player, Moses Swaibu, has been sanctioned by The FA with an interim suspension from all football-related activities after being charged by the UK National Crime Agency with the criminal offence of conspiracy to defraud.

"In Slovakia, the SFZ Appeal Committee has decided to reject the appeals lodged by players Marek Bozon and Ivan Ziga, which had suspensive effect, and confirm the decisions of the SFZ Disciplinary Committee to sanction the players with 18-year and 25-year suspensions respectively.

"The suspensions are in connection with manipulation of several matches in the Slovak Corgon Liga (top division) in the 2013-2014 season.

"The decisions by the chairman were duly notified to the respective member associations on 24 February 2014.

"FIFA continues to work closely with its member associations and the confederations to tackle match manipulation."