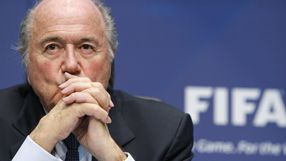 Whether it does or not remains to be seen, but if Thursday's sanctions help FIFA begin to repair the image problem it has had for years, then the actions must be applauded.

FIFA suspended and fined two members of its ruling executive committee and did the same to four other officials following allegations of corruption made by the British Sunday Times newspaper last month.

Claudio Sulser, the former Swiss international footballer turned lawyer and chairman of the Ethics Committee who ruled against the six, said the entire affair had done little to help FIFA's image but hoped it might change perceptions.

"The damage caused to FIFA's image is great.

"When one talks of FIFA there is generally a negative attitude out there - talk of corruption and so on - but it's no joke because FIFA is a big organisation with many interests and certain things can go awry.

"The difference now is we are trying to work in complete transparency."

However, FIFA only acted against executive committee members Amos Adamu of Nigeria and Reynald Temarii of Tahiti and four other officials after the allegations were published by The Sunday Times last month.

They were not discovered by any internal investigation FIFA launched on its own and there is a general perception that the governing body has begrudgingly taken the action it has.

Sulser criticised The Sunday Times's methods but if the newspaper had not conducted their investigation the fact that Adamu and Temarii were prepared to act unethically would not have come to light.

Even though Sulser was critical of the newspaper, clearly the ethics committee believed there was enough truth in their stories to take the action they did, and subsequently announce Thursday's severe sanctions.

The six men involved - Adamu, Temarii of the executive committee, the influential Slim Aloulou of Tunisia, Ismael Bhamjee of Botswana, Ahongalu Fusimalohi of Tonga and Amadou Diakite of Mali - were all fined and suspended from any football-related activity for a combined total of 16 years.

The most serious punishments affect Adamu and Temarii and directly affect the vote for the 2018 and 2022 World Cup finals which are being held on December 2 in Zurich.

Valcke also thought Thursday's rulings were good for FIFA, proving the governing body will not tolerate any wrongdoing as far as the World Cup votes are concerned.

"This was important for the future." Valcke told a news conference after the findings were announced.