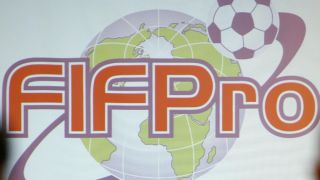 Negotiations led by the union into the reform of the transfer broke down last week after representatives of the league and clubs refused to introduce new rulings on contractual obligations.

Agreements were not forthcoming over FIFPro's proposals to situations to not arise in the future where wages are not paid on time, leading to the end of discussions.

With talks at a standstill, secretary general Theo van Seggelen says the impact on the game could be massive were the current transfer system not revamped.

"FIFPro was open to negotiate reforms to the transfer system that would improve it for all football stakeholders," he said.

"The transfer system is failing football and its players, and highlights the need for further reform.

"FIFPro is increasingly concerned by the gap between rich and poor in the football industry, and how the game continues to face economic problems despite record revenues.

"However, the bigger discussion can only take place if key stakeholders such as the ECA and the EPFL are to support basic measures that will ensure a player contract in professional football is stable and secure."