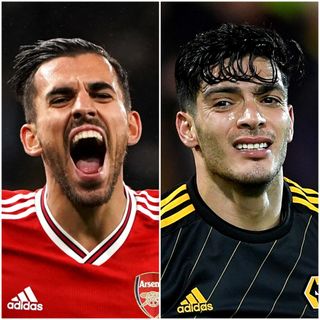 Arsenal are a step closer to permanently signing Dani Ceballos, the Daily Mirror reports. The 23-year-old has been put on a list of surplus players at Real Madrid, where he is due to return in the coming months. Los Blancos boss Zinedine Zidane is open to the Spain midfielder being loaned to the north Londoners again, but the Daily Star reports LaLiga clubs Valencia and Real Betis are also interested in Ceballos.

Raul Jimenez says he has no release clause in his Wolves contract, which will frustrate potential suitors. Manchester United and Real Madrid were said to be interested in the Mexico forward, who lit up the Premier League with 22 goals prior to the pandemic. The 28-year-old told Spanish newspaper Marca he did not have a release clause at the club, who he said had impressed and were “fighting as equals” with every other side in the league.

Former Manchester United and Aston Villa player Paul McGrath says midfielder Jack Grealish has “no chance” of moving to Old Trafford. The Villa captain had been linked with a move to United this summer but the Daily Star quotes ex-Ireland international McGrath as doubting the move after the 24-year-old was criticised for not following his own advice to stay at home during the coronavirus lockdown.

Gent and Canada forward Jonathan David wants to play in the Premier League, he has told The Guardian. The 20-year-old scored 23 goals this season for his Belgian club and has attracted the eyes of Tottenham, Arsenal and Chelsea. David told the paper he wants to become “one of the best strikers” in the world game, adding: “The Premier League is the best in the world and most competitive so obviously that is somewhere I would love to play in the future.”

Maxime Lopez: Marseille’s 22-year-old French midfielder is being monitored by Aston Villa, according to Birmingham Live.

Callum Wilson: The Bournemouth striker, 28, says he does not deserve to be linked with bigger Premier League sides due to his current run of poor form, Sky Sports reports.