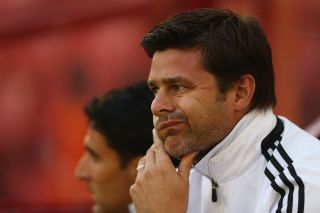 Mauricio Pochettino's men have the meanest rearguard in the top flight, having conceded just the three times so far, but Martin Jol’s side are likely to test that to limit following their goalscoring exploits last time out.

The London side – who have only three wins in the new campaign – registered a superb 4-1 triumph over Crystal Palace on Monday, which included two stunning strikes from Pajtim Kasami and Steve Sidwell.

Kasami struck an early goal-of-the-season contender when he controlled the ball on his chest before smashing a long-distance effort into the top corner of the net to equalise, before Sidwell then put his team in front with another sensational volley.

Less spectacular efforts from Dimitar Berbatov and Philippe Senderos comfortably sealed the three points for Jol's men, who must now look to build on that result as they seek a third win on the bounce.

They are likely to face a significantly tougher test at St Mary's, with Southampton on a dominant run of home form that has seen them stay unbeaten in front of their own fans in the new campaign.

Fulham have never won at the south-coast venue either, with their last victory away from home against Southampton coming at The Dell when they won 1-0 in September 1998.

Pochettino must decide whether to hand a return to the starting XI to Rickie Lambert.

The 31-year-old, who earned his England international debut in August, was benched against Manchester United last weekend but is vying to assume his position up front from the start on Saturday.

Pochettino will also potentially need to tinker with his midfield, with Northern Ireland international Steven Davis facing a last fitness test after taking a knock in training on Wednesday.

Fulham boss Jol has his own concerns, and he could be without defender Brede Hangeland and striker Bryan Ruiz, who will face late assessments over leg and back problems respectively.