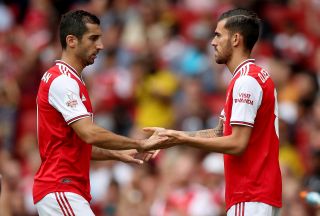 The increase in the number of permitted substitutes from three to five has created extra uncertainty for Fantasy Premier League managers.

Players who don’t remain on the field for at least 60 minutes only earn one appearance point instead of two, while clean sheet points are only earned by those who complete 60 minutes or more.

Those players at clubs who make heavy use of their bench are therefore a riskier investment.

We have looked at how each Premier League club have been using their substitutes since the season resumed to reveal whose personnel changes could end up costing you points.

Potter is also a tinker

Brighton’s recent win over Arsenal will have attracted the attention of managers looking for differential options, but Graham Potter’s regular tinkering is a red flag.

The Seagulls are one of only four clubs to have used every substitution available to them since the season resumed. Furthermore, seven of their 30 outfield starters so far have failed to last 60 minutes, the most of any top-flight team.

Managers investing in Manchester United assets based on their good form and favourable remaining fixtures should also be careful, as the Red Devils are another team who have used every available sub so far.

However, while five of those changes were made before the 60th minute, many were made much later in the game – only Southampton have a later average substitution time than United’s 73.5 minutes.

In total, the players brought on by Ole Gunnar Solskjaer have featured for 8.3 per cent of United’s total playing time, which is close to the average for the league as a whole.

Brighton however – along with Arsenal, Bournemouth and Liverpool – have seen their substitutes rack up over 12 per cent of their total minutes. Bringing in players from these clubs should be done with careful consideration.

At the other end of the scale, Burnley fans must be wondering whether Sean Dyche got the memo about the rule change.

The Clarets boss has used just four of his permitted 15 substitutes so far, with those players racking up just 65 minutes of action between them.

Whether Dyche, whose squad has been depleted by injuries and expired contracts, will be able to keep this up remains to be seen, as his players now face a gruelling run of four matches in the space of just 11 days.

West Ham are the only other Premier League side who have used fewer substitutes than they would have been allowed under the old regulations.

The Hammers’ eight changes so far have taken just 118 minutes in total away from their starting 11, so they’re another club who may find themselves tiring as the fixture congestion intensifies.

That said, from an FPL manager’s point of view, players from West Ham and Burnley do appear less vulnerable to regular substitutions. Does this make them an appealing prospect in the transfer market?