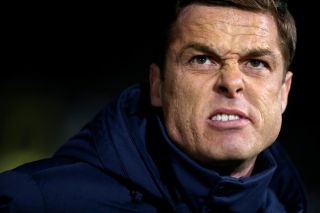 Fulham head coach Scott Parker warned his players that they must learn lessons from a potentially comfortable win over Huddersfield that turned into a narrow escape.

Bobby Decordova-Reid, Tom Cairney and Aleksandar Mitrovic had put Fulham 3-0 ahead by the 31st minute before Huddersfield hit back through Emile Smith Rowe and Steve Mounie before the interval as the game finished 3-2.

Although his team hung on for three points that took them up to third place in the Championship table, Parker was unhappy with the way the visitors had been allowed back into the match.

“First and foremost the result is key and I’m pleased with that,” he said. “But take your foot off the pedal and take liberties, or go against what has got you 3-0 up, and in this division or in any football match it can come back to bite you. We dropped our intensity and it felt as if the game had become too easy for us.

“At 3-0 they looked dejected and we should have put them to the sword by carrying on doing what has got us there, so I was disappointed in that. ]

“For 31 minutes I thought we were sensational. But the bits in between were poor and I didn’t like us one bit. If you see out the game there is some positive there, but we are a young team and we need to learn from today.

“One positive was that we did hang on. Earlier in the season that might have ended in a draw.

“One thing that has been levelled against this team is that we are a bit soft and struggle to hold on to games. Today the keeper (Marek Rodak) had nothing to do in the first half but pick the ball out of the net twice but he showed composure and pulled out some good saves for us.”

Huddersfield manager Danny Cowley felt that the game had given him useful insight into the team he took over in September and that his players had reacted well to a difficult situation.

“We started well but they scored from their first attack,” he said. “Then they scored with their second and third attacks and you are shell-shocked.

“Fulham are a wonderful football team but they only had three shots on target the whole game. They have not carved us apart by any stretch of the imagination.

“At 3-0 down to a Fulham in free-flow you can easily go under and we didn’t. I thought we were resolute and showed determination and grit.

“I like to see players when they face adversity and their backs are against the wall. I was pleased with what I saw and that gives me confidence and trust in them going forward.

“Defeats don’t do anything for me but the process was good. We didn’t have many chances against us and there were seeds in our attacking play. I’d like to think that people can start to see an identity. Today was probably our best performance with the ball.”