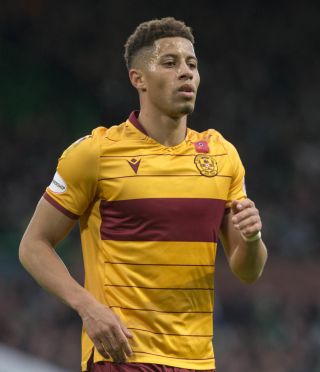 Jake Carroll believes the passion of the coaching staff and togetherness of the players is driving Motherwell towards success.

The summer signing from Cambridge has established himself as a regular in a Motherwell side which sit third ion the Ladbrokes Premiership.

When asked about the reasons for their form, the left-back said: “The passion that the coaching staff have. It’s very intense training-wise. It’s not something I have been used to in the past.

“Coming in so early in pre-season and learning the way we play was needed. I came in a couple of weeks earlier than everyone else, because I needed to learn the system and how we like to play with and without the ball.

“To learn that so quickly and keep working on it, I can see it has improved my game.

“The hard work, intent and concentration that goes into training, you can see it comes out on a Saturday.”

The Irishman feels the team spirit is the tightest he has known.

“Before this it would probably would have been Partick Thistle,” the former Huddersfield and Hartlepool player said.

“One of the reasons I wanted to come up here was because I know what the Scottish lads are like. Everyone sticks together and fights for each other.

“Sometimes in England you get a lot of egos and dressing rooms are split a little bit. But it’s not like that up here at all. The lads really care about each other and work for each other and that shows on a Saturday.”

Motherwell face Livingston on Saturday with Carroll looking for a better outcome than his league debut for the club.

Stephen Robinson’s side were held to a goalless draw on the opening day of the campaign and Carroll was given a retrospective red card for a challenge which initially drew a yellow.

“I expected to get away with a little bit more up here in terms of tackles,” the 28-year-old said. “I found out quite quickly that’s not the case!

“I had to change my game a little bit and calm down a bit.”