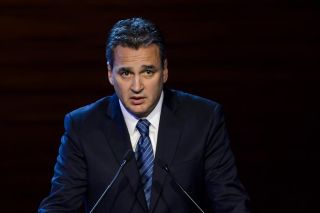 The decisions to award Russia and Qatar with the 2018 and 2022 tournaments was met with criticism in some quarters when they were revealed back in 2010.

Allegations of corruption within FIFA were made, leading to an investigation into the process which preceded the announcement of the host countries.

UEFA president Michel Platini has already called for the findings to be made public, and Garcia, who carried out the investigation, followed suit on Monday, claiming that transparency would cast the governing body in a more positive light.

"The investigation and adjudication process operates in most parts unseen and unheard," said Garcia in a speech delivered in London.

"That's a kind of system which might be appropriate for an intelligence agency but not for an ethics compliance process in an international sports institution that serves the public and is the subject of intense public scrutiny.

"Transparency is not intended to embarrass certain individuals by airing dirty laundry or to harm the organisation by showing what went wrong. It's the opposite.

"Where the institution has taken significant steps forward and made that progress, transparency provides evidence of that to the public.

"It is one thing to tell people that a rigorous process is in place, it is another thing to show them how that process works and what it has uncovered.

"FIFA built a system that should inspire confidence that things have changed for the better. Showing that to the public serves FIFA's best interests."