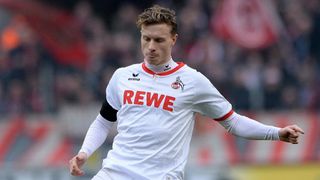 Wolfsburg have completed the signing of Cologne midfielder Yannick Gerhardt on a five-year contract.

The 22-year-old established himself in Cologne's first-team in 2015-16, making 29 Bundesliga as Peter Stoger's side finished ninth on 43 points – one place and two points below Wolfsburg.

Gerhardt made his Under-21 debut for Germany last season, and Wolfsburg sporting director Klaus Allofs is delighted to have captured his signature.

"He has already demonstrated with Cologne he has the quality to set the tone in the Bundesliga. We are pleased that we were able to convince a player of his talent our way."

Gerhardt is looking forward to the new challenge at the Volkswagen Arena, seeing the move as a big step is his fledgling career.

"Klaus Allofs and Dieter Hecking have convinced me that Wolfsburg offers me the best chance to develop myself," the midfielder said.

"I want to help the team break into the top places in the Bundesliga next season and establish itself there permanently."