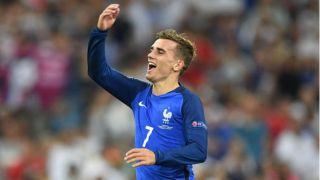 France forward Antoine Griezmann has won the award for Euro 2016 Player of the Tournament.

UEFA has announced that the 25-year-old has been voted as the winner by their team of 13 technical observers including Alex Ferguson and David Moyes.

Griezmann, who signed a new long-term deal at Atletico Madrid last month, was also named in the team of the tournament after scoring six goals to win the competition's Golden Boot and assisting two more.

He could not find the net in Sunday's final, though, as hosts France went down to a shock 1-0 defeat against Portugal thanks to substitute Eder's extra-time winner.

"He works hard for his team and possesses technique, vision and quality finishing. The technical observers were in unanimous agreement that he was the tournament's outstanding player."