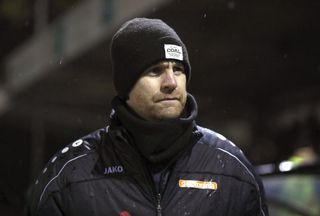 Harrogate recovered from an early Chesterfield goal to claim a 3-1 home victory in the Vanarama National League.

The struggling Spireites took the lead after 10 minutes when a shot from Liam Mandeville rebounded off the post and was tapped in by Mike Fondop-Talum.

Harrogate then drew level eight minutes before half-time, with Josh Falkingham latching on to a ball from Jack Muldoon and chipping an effort into the right-hand corner.

Muldoon provided another assist in the 65th minute, this time aiding Ryan Fallowfield as Harrogate began to take control of the game.

Muldoon was again involved as the hosts claimed a third goal, rounding the keeper to score in his own right and seal the victory for Town.