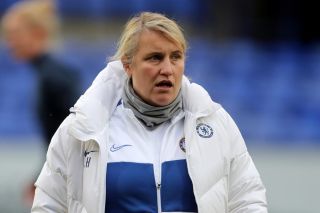 Chelsea manager Emma Hayes praised her “unbelievable” team after her 200th game for the Blues saw them record an emphatic 6-1 win over Bristol City.

In-form forward Ebony Salmon opened the scoring early on, her fourth Women’s Super League goal this season, but that was as good as it got for Bristol City.

Bethany England and Ji So-yun both hit braces with the other Chelsea goals coming from Hannah Blundell and Jessica Carter.

Hayes said: “I’ve got such an unbelievable team to work with. We’ve got so much more space to grow and improve.

“I can see an evolution of the team with the new players coming in, I think we’re able to add other dimensions to our game. You could see it today in the second half.”

Despite missing key players due to injury and illness, Hayes expressed her happiness with her side’s performance, and added: “My 200th game shows they (the players) still want me to do it.”

Bristol City forward Salmon was disappointed with the loss, despite getting on the scoresheet.

Salmon said: “I think it’s always good to score against the top sides but we want to be winning games.

“I think from last week’s and this week’s performances we can take some confidence going into the Liverpool game and hopefully get the three points in that game. It’s a really important one for us.”