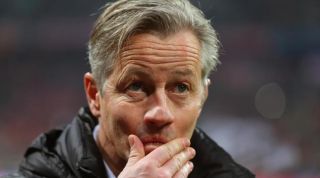 After crashing out of the DFB-Pokal with a 2-1 defeat at Dynamo Dresden, Schalke lost by the same scoreline in their Bundesliga curtain-raiser at Hannover on Saturday.

But Heldt has urged against speculation over Keller's future, insisting it is too early to write off the club's season.

"If you lose twice in a row, then it is something you can unfortunately not avoid," he said. "We must stand [together] as Schalke.

"But what is important is what is being discussed internally with us. We do not discuss the coach.

"The good thing about football is that a season is not already decided after the first matchday."

Schalke host champions Bayern Munich in the Bundesliga next weekend.