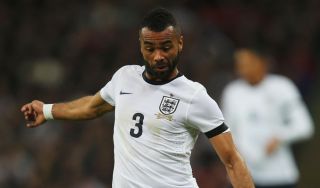 Cole was left out of Hodgson's squad for the finals in Brazil next month, with the 33-year-old immediately announcing his retirement from the international scene.

Hodgson instead opted to take Everton's Baines and Southampton teenager Luke Shaw as his two left-back options, but hopes the Chelsea man may reconsider his decision to retire if Baines were to suffer injury.

"You would have to ask Ashley that (if he would come out of retirement)...I would like to think so," he said.

"Circumstances could make the decision (not to include Cole) a very good one or it could make it a very bad one.

"If Baines suffered an injury against Peru, it would make the selection of Shaw a very bad selection.

"If we go through the World Cup with Baines playing the majority of games and Shaw coming on and doing very well it makes it a very good one."