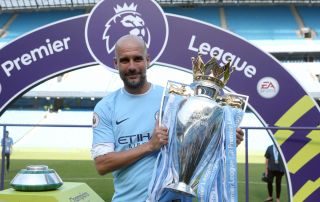 There can be no better measure of a fantasy footballer’s pedigree than to see how they compare against those who have won the competition outright.

The list of former Fantasy Premier League champions is an exclusive one, made up of just a handful of FPL managers.

But how are they getting on this season and how many are you currently ahead of in the overall table?

Only two of the past 11 winners currently sit inside the top one per cent of FPL managers this season, with 2012-13 champion Matthew Martyniak the best of the bunch in 5,232nd (out of more than six million registered players).

And while a former champion, Martyniak’s triple-captaincy pick fell foul of injury in GW32 – Sergio Aguero looked good for big points against Fulham and Cardiff, but came off against the Cottagers after 56 minutes having bagged a goal and an assist, missing the next game.

Sheikh enjoyed his best week in GW11, captaining Raheem Sterling when the Manchester City forward scored two and assisted two for 21 points in a 6-1 win against Southampton.

And while those who have lifted the trophy don’t stand a chance of winning it again this season, what of the current crop of players looking to make history?

Adam Levy leads the way by an impressive 51 points from the second-placed manager with four gameweeks to go.

His best result as an FPL manager came last season, when his 2,311 points saw him finish just outside the top 10,000, although he is on course to beat that this time around.

Levy’s most impressive week came in GW25, when he triple-captained Sergio Aguero, whose hat-trick against Arsenal saw the FPL manager earn 57 points from the Argentinian alone.

You might be beating a few former champions this season, but there are very few who can stop the current leader from securing the title.