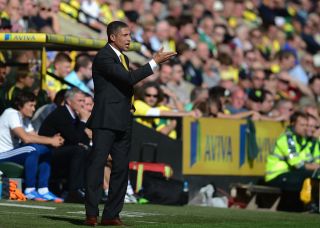 Hughton's side have won only one of their last four league games and sit in 18th place.

McNally describes the club's current position as "embarrassing", but remains confident Hughton can turn results around.

"I think we're not in the position we deserve to be given the performances," McNally told the Norwich Evening News.

"I'm not happy about being 18th; I'm embarrassed by it. So I'm sure lots of supporters feel the same way and we will do everything we can to support Chris to get up the table as quickly as possible, and to stay and remain up the table."

Norwich were denied a point against Chelsea on Sunday after goals from Eden Hazard and Willian in the last five minutes ensured a 3-1 win for Jose Mourinho's men.

McNally feels Hughton's charges have been unlucky in certain games and also believes Norwich are an improved side compared to the last campaign.

"If you look over the seven games, we were disappointed not to get points at Hull and against Aston Villa. Tottenham was a below-par performance but in the other games we've been competitive," he continued.

"One point would've moved us up five places at the weekend; a win and we may have been on the cusp of (the) top half. So it's very early days.

"This time last year we only had three points, so year on year there is a distinct improvement."