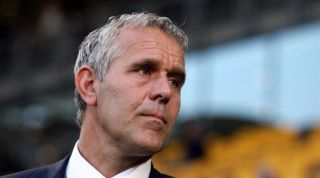 Six sides are challenging for the final two places in the semi-finals and if Delhi can record a fifth win of the campaign they will be guaranteed a play-off berth.

But Harm van Veldhoven's men face a Chennaiyin outfit who have already secured a play-off place and can seal top spot with three points.

Marco Materazzi's side have lost two of their last three matches, however, and the Italian's assistant Vivek Nagul says they must regain focus heading into the knockout stages.

"Complacency may not have been the only reason, but [there are] definitely other reasons for the loss," he said after the 3-1 reverse to Goa.

"The return of Elano, Marco and [Alessandro] Nesta will add impetus to the squad and possible carry the momentum forward."

Two of the sides chasing Delhi meet in Kochi as Kerala Blasters host Pune City, with both sides knowing victory could extend their campaigns.

Kerala have struggled in recent matches, though, with no win in their last three, while Pune have only won once in the last seven games, having lost 1-0 to Delhi last time out.

Pune midfielder Jermaine Pennant expects a tough test against David James' side, but knows if they maintain their belief they can get the result they need, despite a

"It's tough playing away," he said. "They're going for the last four, too. It's going to be difficult, but if we play like we did [against Delhi], creating chances, we'll win."

Atletico de Kolkata sit third going into the final round, but after four games without a win they are looking over their shoulders.

They host the league's in-form team Goa on Wednesday and will know exactly what is required to make the play-offs.

If Pune and Kerala draw then Atletico will be assured their place, but they may well require a result against a Goa side chasing a fifth consecutive win.

Meanwhile, Mumbai City and NorthEast United could go into Wednesday's meeting with their hopes of making the top four gone if results go against them.

Mumbai have struggled throughout the campaign, but Sunday's 2-1 victory over Atletico leaves them just two points off fourth.