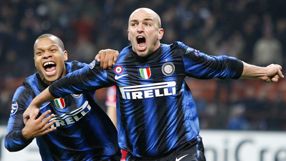 A 1-0 win over Twente Enschede on Wednesday did the job but their display was again largely insipid and in front of goal the burden of expectation which comes with being European champions looks too much for some players to bear.

Under pressure coach Rafael Benitez was looking at the prospect of being called into president Massimo Moratti's office for an uncomfortable chat had the game not gone his way but Esteban Cambiasso's fortunate 55th minute strike spared him.

"It was very important, at this club we are all united and fight for the same aims," Argentine midfielder Cambiasso told reporters after speculation all was not well in the camp.

"Now we can concentrate on Serie A and the Club World Cup. When we are back to full strength we'll be fine."

Getting injured players such as Diego Milito, Maicon and Julio Cesar back fit is the next challenge for Benitez as well as finding a system that accommodates all and persuading the club new faces are needed in January.

With the Italian champions sixth in Serie A and desperate for a resurgence domestically, the final Champions League Group A game at Werder Bremen looks more like a sideshow and players are likely to be rested despite top spot still to be decided.

That game on December 7 precedes the Club World Cup, which Inter will head to with pride but also with hopes of recharging their batteries for bigger tests ahead.