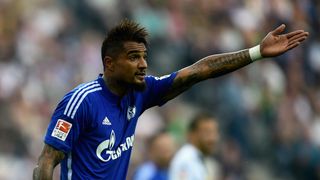 Sassuolo have completed the signing of Kevin-Prince Boateng from Eintracht Frankfurt.

The 31-year-old has enjoyed two previous spells in Serie A with AC Milan and joins off the back of a fine season in Germany.

The Ghana international scored six times in 31 Bundesliga appearances and played a key role in Frankfurt's DFB-Pokal final win over Bayern Munich in May.

Sassuolo is Boateng's ninth different club during a nomadic career, which has seen him take in spells at Tottenham, Borussia Dortmund and Schalke.