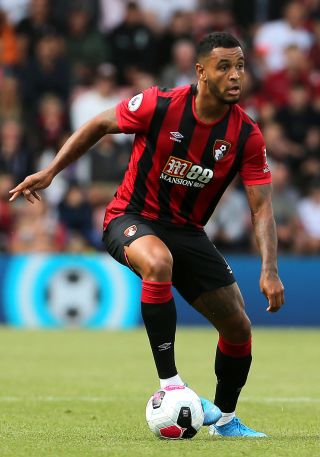 Bournemouth manager Eddie Howe accepts there is little he can do but wait and see if striker Josh King is lured back to Manchester United ahead of the transfer deadline.

The Norway forward, currently sidelined by a hamstring problem, was at Old Trafford as a youngster, having signed from Valerenga when he turned 16.

During his time with United, King worked alongside Ole Gunnar Solskjaer in the reserves before eventually joining Blackburn in 2013.

Solskjaer is said to be keen on a reunion with the 28-year-old, who when fit would provide cover for injured England forward Marcus Rashford.

Bournemouth are reported to have already rejected one approach, though Solskjaer claimed later on Friday morning he does not expect United to do any deadline-day business.

“I’m not going to deny anything you’ve read (about Bournemouth rejecting a bid for King), but I don’t want to talk too much about it,” Howe said at a press conference reported by the club.

“Who knows what’s going to happen between now and the deadline closing?

“Josh is much valued and loved by us and obviously another club has seen how good he is, so let’s wait and see.”

Howe feels King is a “massive, massive part of our team”.

The Bournemouth boss said: “He brings that unique pace and strength that he has coupled with a really good technical ability and an eye for goal.

“We’ve missed him since he’s been out injured so speaking as the manager, I would be very reluctant to lose a player of that quality.”

Howe, though, accepts there is little he could do to prevent a deal being pushed through ahead of Friday’s deadline, and then be left short of a key talent.

“I think the difficulty from my perspective is how late it is in the window. With a day to go, it’s incredibly difficult to find a player of that quality, (but) a lot of these things are out of my control,” he said.

“It’s going to be (a decision) between the chief executive and owner.

“I love Josh as a player and person. I know what Manchester United means to him with his history with the club, so I understand his position.”

Howe has seen his own options hit by injury, and confirmed the club were looking at loan options to bolster the numbers while Bournemouth are also among the clubs linked with Hull’s Jarrod Bowen.

Bournemouth were knocked out of the FA Cup following a 2-0 home defeat by Arsenal on Monday.

Howe is expecting a response against 16th-placed Villa, who are two points above them in the table.

“It is another big moment in our season,” said the Bournemouth manager. “This is the stage where we have to give absolutely everything in this match.”