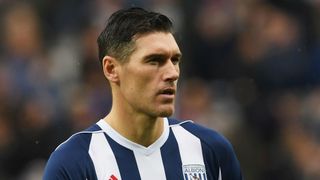 West Brom have confirmed midfielder Gareth Barry is set to undergo knee surgery, likely ruling him out for the rest of the season.

The 37-year-old has made 25 Premier League appearances for the struggling Baggies this term, but has not featured since the 2-1 home defeat to Huddersfield Town in February.

West Brom, 10 points adrift of safety at the foot of the table with six games remaining, announced on Friday that Barry is expected to miss the remainder of their battle against the drop.

"Gareth Barry will undergo minor surgery on his knee injury next week," read a statement on the club's official website.

"The Albion midfielder is likely to be ruled out for the remainder of the Premier League season."

It could mean Barry, who holds the record for Premier League appearances with 653, has played his final match in the division.