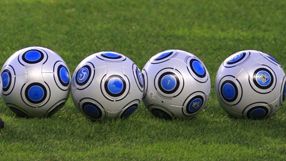 After the latest round of talks on Wednesday, the six clubs said they were considering filing a complaint with Spain's competition authority about the agreement, which would take effect around 2014 after current contracts expire.

Of the 20 La Liga sides, only Malaga are yet to sign up to the Real and Barca accord, which so far has the backing of 13 clubs, or join the six hold-outs.

Sevilla president Jose Maria del Nido told a news conference Spain needed a system similar to that used in rival European leagues like the English Premier League, where the difference in income between rich and poor is much smaller.

"Under the current system of revenue sharing it would be impossible for any club other than Madrid or Barca to win the league," said Del Nido, flanked by the presidents of the five other clubs.

"I don't know how any of us could justify to our fans that we are only able to compete for fifth place."

Past TV deals negotiated individually by Real and Barca netted about half the total pot of about 600 million euros, helping make them the world's richest clubs by income.

As a result, most other La Liga clubs are unable to meet the huge wage demands of top players or pay the massive transfer fees needed to buy them and therefore they have no real hope of competing for the domestic title.

Many have slipped further into the red, with several, such as Real Mallorca, Malaga and Levante, being forced into administration.

Barca set a points record of 99 in winning the league last season, with Real three behind in second place. Valencia, who have signed up to the 13-club accord along with Atletico Madrid, were 25 points adrift of Real in third spot.

The Real and Barca deal would guarantee current income and only share whatever extra money the clubs managed to negotiate in any new deal with the television companies.

The consensus among analysts is that they could expect between 200 and 300 million euros more per annum than the current total of about 600 million.

Real and Barca would get 34 percent of the extra income, with 11 percent for Valencia and Atletico and the rest shared among the remaining 16 clubs based on their position in the league standings.

An alternative proposal tabled by Sevilla, Villarreal and the other four clubs would result in 40 percent of the extra income being shared equally and 60 percent distributed according to results on the pitch and share of TV audience.

"In general, a distribution (of TV revenue) that continues to promote a 'league of two' made up of Madrid and Barca must be rejected," Villarreal president Fernando Roig was quoted as saying by As newspaper on Wednesday.

"We won't be competitive and our football wil