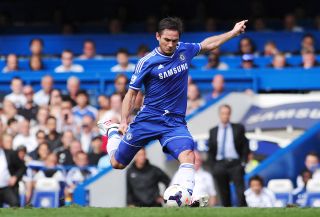 Lampard was on the scoresheet in Chelsea's 2-0 win over Hull City in their first Premier League game of the season on Sunday.

And the England international feels he needs to keep his goalscoring form going if he is to remain in Jose Mourinho's first team, due to the quality of the other options the manager has at his disposal.

"Any squad that wants to win things these days has to have a strong squad, and when you look at our bench, and beyond that, that's what we have," he told the club's official website.

Lampard, Chelsea's all-time record goalscorer, went on to say he believes Mourinho has re-energised the club since returning in the close-season.

"With the manager now he's very demanding, on the training ground and on the pitch, and I'm very aware of how he is," the 35-year-old continued.

"If there is a bit of a spring in my step, and the team's step, it's like having a new teacher at school; you want to impress, and that can only be a good thing if we have a group of players who want to impress and earn their place in the team."