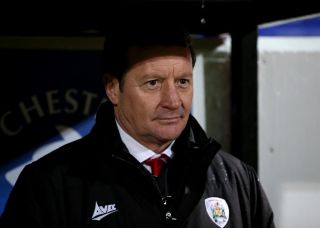 Just one point separates the top four in the third tier, with leaders City surprisingly going down 1-0 to bottom side Crewe Alexandra while Swindon slip to third with a defeat by the same scoreline against Doncaster Rovers.

Both Preston North End and MIlton Keynes Dons took full advantage of the slip-ups, with the former edging Peterborough United 1-0 and the latter hitting Oldham Athletic for seven.

Fellow promotion hopefuls Sheffield United and Rochdale in fifth and sixth respectively could only muster draws.

United were held 1-1 by Walsall - Tom Bradshaw getting the visitors' equaliser before the hour at Bramall Lane - while Garry Thompson equalised late on for Notts County at Spotland.

Barnsley boss Danny Wilson marked his 1000th competitive game in management with a win thanks to goals from Conor Hourihane and Devante Cole against struggling Leyton Orient at Oakwell.

The dismissal of goalkeeper Ross Turnbull failed to spark any collapse as the hosts held on to secure a 2-0 win that moves them six points clear of danger.

Like at the summit, one point separates the bottom four in the division as Scunthorpe United continued their resurgence with a last-gasp draw at Bradford City.

Hakeem Adelakun scored in the last minute to take a point in west Yorkshire, with Orient dropping to second bottom as a result.

Colchester United beat fellow strugglers Yeovil Town 1-0 thanks to Craig Eastmond's late goal with Coventry City edging a point further clear of danger after a 1-1 draw with Fleetwood Town at the Ricoh Arena.

Simeon Jackson scored 10 minutes from time with strugglers Gillingham and Crawley Town both looking nervously over their shoulder during the Christmas period.

Gillingham fought back from two goals down against Chesterfield but were undone by a late Jimmy Ryan goal while Crawley failed to overturn a two-goal half-time deficit against Port Vale.