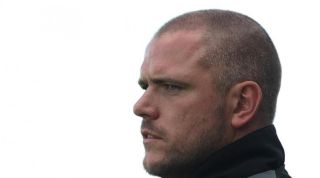 Boss Jim Bentley had rued Morecambe's mounting injury list in the build-up to the game, and they were unsurprisingly far from their best as Exeter lifted themselves into the top half of the table with a comfortable victory.

The tone was set early for Morecambe when Shaun Beeley put through his own net in the ninth minute.

Bentley's men struggled to impose themselves in the first half, but did improve after the break.

However, Exeter bided their time and eventually added the killer second goal through Tom Nicholls in the 89th minute.

The result means Morecambe - who remain just outside the play-off places - have now collected just one point from their last four home League Two fixtures.