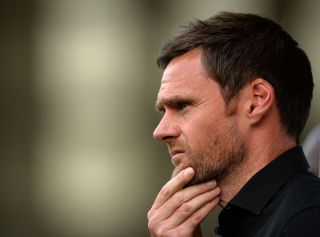 Graham Alexander's second-placed Fleetwood have won five of their last seven league games and will also be buoyed by a 4-0 home win over Crewe Alexandra in the Football League Trophy on Tuesday.

The Lancashire club's title credentials will now be tested against leaders Chesterfield, who will be keen to avoid a third successive league defeat following setbacks against Mansfield Town and Morecambe.

A draw between Fleetwood and Chesterfield would allow Exeter City to go level on points at the top of the table should they beat Hartlepool United at home.

Oxford United and Mansfield Town occupy fifth and sixth respectively and they play host to Northampton Town and Bristol Rovers on Saturday.

John Ward's Rovers head to Field Mill with the Bristol side having failed to win in their last five league games and after losing 3-1 to Fleetwood last weekend.

Cheltenham Town and Torquay United are also struggling, but they have the chance to rocket up the table when they visit Dagenham and Redbridge and Wycombe Wanderers respectively.

Rock-bottom Accrington Stanley are still without a win in League Two this season and travel to Wimbledon in danger of being cut adrift as the trail second-bottom Northampton by six points.

Bury will bid to end a winless streak in all competition that goes back to the end of August when Morecambe make the short trip to Gigg Lane.