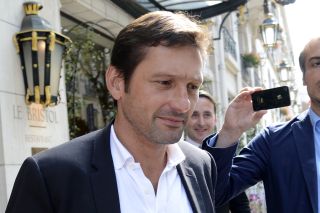 The Brazilian quit his role with the Ligue 1 champions because of a 14-month ban given to him for pushing a referee.

Leonardo coached Inter Milan for six months in 2010-2011 but walked away because he wanted a job behind the scenes at PSG.

"I had left Paris Saint-Germain too early as a player and then came back," Leonardo told Sky Sport Italia.

"The same could happen with a return to Inter."

Indonesian businessman Erick Thohir is rumoured to be buying a stake in the Italian club in September and it has been suggested Leonardo is one of his top targets to overhaul the Serie A side.

While admitting to still being linked to Inter, Leonardo denied being in communication with Thohir.

"I have never spoken to Erick Thohir, but I am in constant contact with Inter," he said.