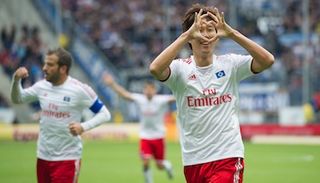 The 20-year-old Son, who was outstanding last season, signed a five-year deal with Leverkusen, paving the way for Schürrle's expected transfer to the London club.

"We made it clear from the start that a transfer of Schürrle to Chelsea would only happen if an adequate sporting alternative was possible," said club president Wolfgang Holzhauser whose team finished third in the Bundesliga.

"This alternative was now taken under contract with Son Heung-Min and so there is nothing blocking Andre Schürrle's transfer from our side."

Versatile midfielder Schürrle still needs to pass his medical at Chelsea, Holzhauser said, adding that the two clubs had reached a basic agreement for the transfer of the 22-year-old Germany international, who scored 11 league goals last season.

Son notched 12 goals in the last Bundesliga campaign for Hamburg but his former team, whose youth academy he joined after high school in South Korea, missed out on the European spots.