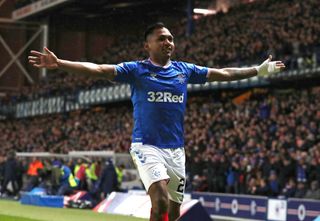 Rangers are understood to have rebuffed an initial approach from the French club without entering into active negotiations.

But the Ligue 1 side’s president, Gerard Lopez, signalled that his club were set to pursue the Colombia striker.

After reports in France at the weekend claimed Morelos had agreed personal terms with Lille, Lopez told French TV station RMC Sport: “It is not rare that we have agreements with two or even three players for one position and then we look at which player combines better with another, etc.

“Morelos, it’s true that he’s a player that interests us. It’s also true that he is interested in LOSC. But we are in full discussion, nothing is done.”

Morelos himself reiterated this week on Colombian TV that he was open to a move to a more competitive league in Europe.

Quoted on Win Sports, the 24-year-old said: “There are several options, we are focused on what is being done, preparing well for the league here. There are clubs that have spoken, but formally there is no agreement.

“The decision is mine and I hope it will be good to go to a more competitive league if I decide.

“For now I am focused, doing things well and waiting for everything to happen from the hand of God.”