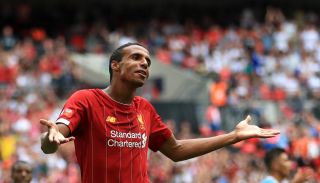 Liverpool defender Joel Matip is the only doubt ahead of the visit of Tottenham.

The centre-back has missed the last two matches with the recurrence of a knee problem and he will require a final check before Sunday but there are no concerns over full-backs Trent Alexander-Arnold (illness) and Andy Robertson.

Manager Jurgen Klopp is likely to restore Jordan Henderson and Georginio Wijnaldum to the team after resting them for the Champions League win over Genk but fellow midfielder Xherdan Shaqiri (calf) is still out.

Tottenham are only missing goalkeeper Hugo Lloris for the trip to Merseyside.

The France captain is recovering from a dislocated elbow and will not feature again in 2019.

There are no other injury or selection concerns for boss Mauricio Pochettino, who admitted Ryan Sessegnon could be involved for the first time.