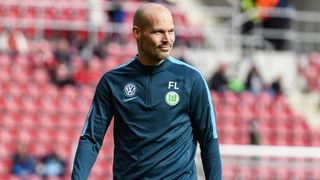 Former Arsenal and Sweden star Freddie Ljungberg is sad to have been sacked by Wolfsburg after less than a year on the coaching staff.

The Bundesliga club announced on Monday that head coach Andries Jonker, along with his assistants, had been dismissed following their poor start to the season.

Ljungberg is disappointed to leave after only being appointed in February but insists he is proud of having helped the club escape relegation from the top flight last term.

In a statement posted via his official Twitter account, he said: "While it's disappointing to have left VfL Wolfsburg less than a year into our project I can look back on my time there with great pride.

"I am lucky to have worked with talented players and been supported by a passionate and loyal fanbase who played a significant role in our Bundesliga survival.

"It's a shame that, after just four games this season and sitting joint 12th [14th on goal difference], the club have decided to change the head coach, Andries Jonker, but this is modern football.

"Although I may disagree with it, I respect the board's decision and am sad to be leaving VfL Wolfsburg; I thank the club for the opportunity they gave me and look forward to my next challenge."