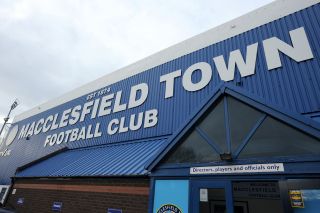 Macclesfield have been wound up after a judge was told the football club owe more than £500,000.

Judge Sebastian Prentis made a winding up order at a virtual hearing in the specialist Insolvency and Companies Court on Wednesday.

Lawyers representing HM Revenue and Customs had applied for a winding up order.

The judge said he could see nothing which gave him “any comfort” that the club can pay the debts.

He was overseeing the latest in a series of hearings.

They were relegated after being docked points for breaches of regulations relating to non-payment of wages which dropped them to the bottom of League Two.