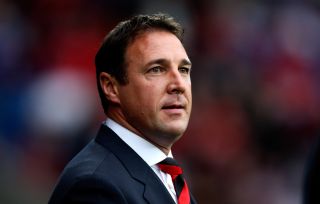 Speculation has raged over the future of Mackay after Cardiff owner Vincent Tan placed the club's head of recruitment, Iain Moody, on gardening leave last week.

Moody – who worked closely with Mackay in his previous job at Watford – eventually left the club, replaced by 23-year-old Alisher Apsalyamov, reportedly a friend of Tan's son.

Mackay was alleged to have been unhappy with the situation and attended a board meeting on Monday to discuss the matter.

But the manager's agent, Raymond Sparks, says that the chances of Mackay walking out on the club are non-existent.

When asked if there was a chance Mackay would be quitting, Sparks told BBC Radio: "No, absolutely categorically not. Even now that's not something Malky is contemplating.

"There is absolutely no prospect of Malky resigning from a job that he loves, a job he's ensconced in."