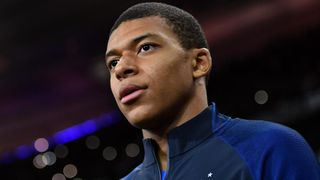 Paris Saint-Germain have once again sent shockwaves through European football with the signing of Kylian Mbappe from Ligue 1 rivals Monaco.

The 18-year-old has joined on an initial year-long loan but is set to make the move permanent next year for a reported fee of €180million.

PSG shattered the world transfer record to sign Neymar from Barcelona for €222m and they now have the distinction of making the two biggest signings in history within the space of a month. In fact, four of the deals listed here all went through during the current transfer window.

Here are the top 10 priciest moves in the game's history with the prices excluding possible add-ons. It's a quite remarkable list and one you expect will change again before long...