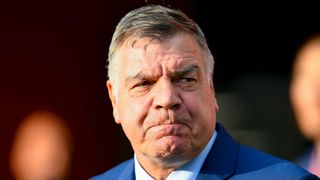 Scott McGarvey has admitted to being "devastated" after setting up the meeting which cost his old friend Sam Allardyce the England job.

Agent McGarvey invited Allardyce to speak with what he thought were businessmen to discuss the possibility of the former Sunderland and West Ham boss doing some motivational speeches in the Far East.

The businessmen turned out to be undercover journalists from the Daily Telegraph and, over the course of the meeting, Allardyce went on to discuss how to circumvent Football Association (FA) rules on third-party ownership and also mocked his Three Lions predecessor Roy Hodgson.

As a result, Allardyce left the England job after just 67 days in the role - leaving McGarvey feeling guilty over his part in the whole affair.

He told Sky Sports News: "I'm devastated for him. I can't think of anything worse that could have happened.

"He's got to feel I'm responsible because I'm the one who's brought him to the meeting but he's only come for me.

"Do I think he holds me responsible? I think he's known me for a long, long time. He knows that I'd never do that to him or to anybody in football.

"I can understand if he doesn't speak to me again. I need to respect that, but I hope not because we go back a long way.

"It might take a bit of time because I know how hurt he is at losing the England job.

McGarvey also claimed he first approached Allardyce prior to him getting the England position.

He added: "This is not Monday to Friday. This is 13 weeks of dozens of emails, hundreds of texts, hundreds of calls and bringing more than seven or eight innocent people into this story.

"He [Allardyce] only came for me – one hundred per cent for me. When I told him I had this opportunity, I phoned him up and said I had the chance of getting this job and it looked very good and they were looking for someone to do motivational speaking.

"The key to this is, I spoke to Sam when he was Sunderland manager, he wasn't the England manager.

"The first meeting I had with them, Sam was Sunderland manager. I assumed it would be motivational speaking in the off-season.

"That was all it was about. I phoned Sam and he said, 'Would it help you?'. I said it would definitely help and he said, 'Go on, lad. No problem'. That was it."