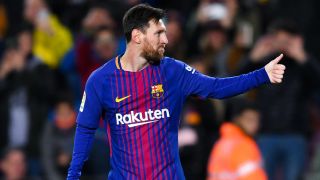 Chelsea forward Alvaro Morata warned his team-mates Lionel Messi would be unstoppable in their Champions League tie against Barcelona.

The Premier League outfit will host the first leg of the last-16 tie at Stamford Bridge on February 20.

But Antonio Conte's side are sure to be outsiders against Barcelona, who are flying high atop LaLiga.

"If we can get a good result here, we have to play a defensive game with spaces and try to bother them as much as possible."

Morata left Madrid last year in a deal reportedly worth £60million, having struggled for game time at the Santiago Bernabeu.