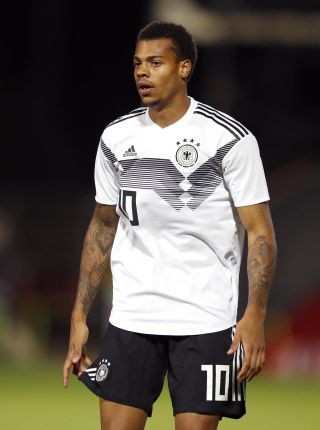 Middlesbrough have completed the signing of Manchester City’s Germany Under-21s striker Lukas Nmecha on loan until the end of the season.

The Sky Bet Championship club have further bolstered the squad following the arrival of Patrick Roberts, whose switch to Norwich from City was cut short to facilitate a move to Boro.

Nmecha, 21, spent the first part of the season on loan with Bundesliga club Wolfsburg and played the last campaign at Preston, where he scored four goals in 38 appearances.

Boro head coach Jonathan Woodgate said on the club website: “Lukas is a terrific young player who has the benefit of a year’s experience of Championship football.

“He is another young, hungry player of real quality and it is great that we have been able to get him.

“In Lukas and Patrick we have signed two very good players, and we have been able to bring them in early in the transfer window which is a real bonus.”

Born in Hamburg, Nmecha made his Germany Under-21 debut during March 2019, having previously represented England at youth level.