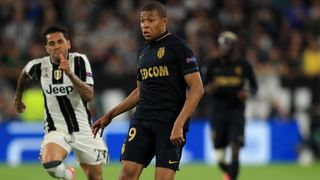 Mbappe, 18, is certain to be the subject of interest from Europe's biggest clubs after a breakout campaign during which he scored 26 goals in all competitions.

Real Madrid, Manchester United and Liverpool are among those to have already been linked to the France international.

But Vasilyev said Monaco were eager for Mbappe to stay at least another campaign with the Ligue 1 champions.

Vasilyev said plans were in place to offer Mbappe – who has a deal until mid-2019 – a contract extension.

He is also ready to reject multiple bids for a player who struck six goals in nine Champions League games this season.

"We will make an offer to prolong his contract and hopefully he will accept and stay with us," Vasilyev said.

"I think in the month of June, before the season starts."