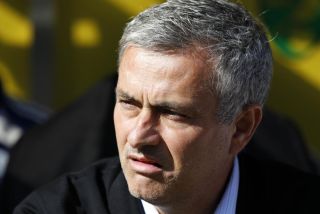 Eden Hazard and Willian provided key goals from the bench in the final five minutes of the game, helping Mourinho's men take their first away Premier League win of the new season in the process.

And Mourinho has expressed delight with the manner in which the attacking duo took responsibility following their introductions.

"So in general I think it is their responsibility. The situation was difficult at 1-1, we all knew that a point here would be a bad result for us.

"But I think the team, not just the boys who came in, they coped well with that pressure and without losing the balance we gambled a bit and tried to bring different things to the game."

In sealing the three points for the visitors, Willian grabbed his first goal for Chelsea since his big-money close-season move from Anzhi Makhachkala.

And Mourinho believes the strike is an important milestone in the Brazilian forward's bid to find his best form.

"It's difficult to arrive when we start already and coming from a league where normally a player loses a bit of ambition, sharpness and condition," he added.

"(The goal) was important for the boy."