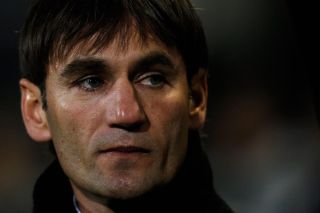 NAC are currently languishing 15th in the table, with eight points from eight matches so far.

Under Gudelj, the team have lost each of their past three league outings - including 5-2 and 6-1 hammerings to Ajax and Heracles respectively - and only squeezed past third-tier Spakenburg 4-3 in the KNVB Beker second round.

Gudelj made more than 250 appearances for NAC as a player between 1997 and 2005, but his standing at the club has failed to save his job.

"The club has taken this decision based on discussions over the past week.

"These discussions revealed that there is insufficient support for the coaching duo to continue.

"Coach Eric Hellemons takes the honours of being the head coach for the time being. Rob Penders is his assistant."