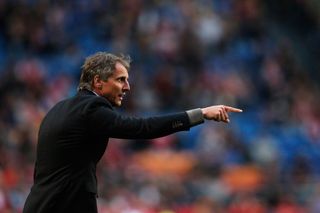 After losing the first leg of their relegation play-off 1-0 on Friday, NEC were unable to overturn that deficit as Sparta ran out 3-1 winners in Nijmegen.

The visitors raced into a 3-0 lead by half-time and although Ryan Koolwijk pulled a goal back for NEC they were unable to complete a recovery, and will join Roda in the second tier next season.

The result caps a rollercoaster eight days for NEC, who sparked joyous scenes in the stands after avoiding automatic relegation last weekend with a 2-2 draw against Ajax.

Sparta move onto the final round of the play-offs as they look to climb back into the Eredivisie against Dordrecht.

Meanwhile, RKC Waalwijk live to fight another day as they moved into the third round with a 2-1 aggregate win over De Graafschap.

After finishing 16th in the Eredivisie this season, Waalwijk must now beat Excelsior to preserve their top-flight status for another season.