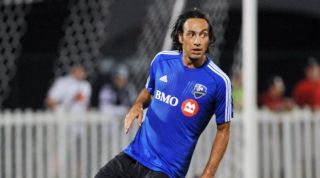 The 38-year-old, who won the 2006 World Cup with Italy, has not played a match since featuring in a 2-1 MLS victory for Montreal Impact over Philadelphia Union in October 2013.

However, Chennaiyin announced on Friday that the 78-cap veteran had joined the club, linking up with former international colleague Marco Materazzi - currently player-manager.

Nesta is the latest big name to turn out for Chennaiyin, who also have Elano, Mikael Silvestre and Eric Djemba-Djemba on their books.

He started his career with Lazio before making the switch to Serie A rivals Milan in 2002, winning the league title on three occasions during his time in Italy.

The Italian is also a double UEFA Champions League winner with Milan, having lifted the trophy in 2003 and 2007.

Chennaiyin currently sit top of the ISL, three points clear of second-placed Atletico de Kolkata who have a game in hand.