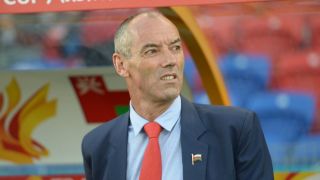 Nigeria have announced that Paul Le Guen has been appointed as the new technical advisor of the first team.

The former Lyon boss will work alongside Salisu Yusuf, who will take the title of 'chief coach', after the Nigerian Football Federation ratified his appointment.

"The Technical and Development Committee of the Nigeria Football Federation on Monday named Frenchman Paul Le Guen, 52, as the new Technical Adviser of the senior national team," an NFF statement read.

"He will be assisted by Nigerian Salisu Yusuf, who takes the role of Chief Coach. The appointments are subject to agreement of contract terms with the NFF Executive Committee."

Imama Amapakabo and Alloy Agu, who served as assistant and goalkeeping coach for the friendlies against Mali and Luxembourg in May, are to retain their places.

Le Guen, 52, led Cameroon to the World Cup finals in 2010 and had previously been linked with the full-time head coach role, following the departure of Sunday Oliseh in February.

Nigeria's first competitive game under the new leadership is their Africa Cup of Nations clash with Tanzania in September, although they are already out of contention for the finals in Gabon.

They resume World Cup qualifying against Zambia in October.