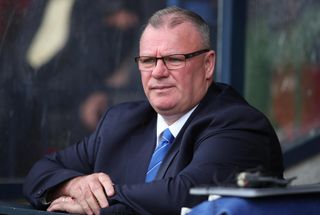 Forward Alex Jakubiak could be in contention after coming off the bench to score a late equaliser in the 1-1 draw against Portsmouth on New Year’s Day, while veteran midfielder Mark Marshall is another pressing for a start.

Southampton duo Tommy O’Connor and Alfie Jones are set to remain with the Gills on loan until the end of the season.

Midfielder Mark Byrne, though, continues to recover from an ACL knee injury, which needed surgery and will see him miss the rest of the campaign.

West Ham will check on goalkeeper Lukasz Fabianski ahead of the trip to Kent.

The Poland stopper missed training on Friday as he continues to manage his return from a hip problem, so will be assessed, along with fellow goalkeeper David Martin (thigh).

Michail Antonio (hamstring) has not played since the defeat by Leicester on December 28, while midfielder Jack Wilshere is recovering from a groin injury.