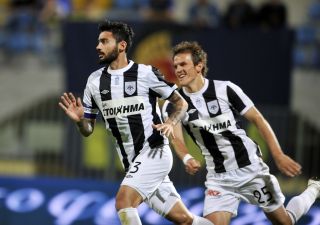 The Greek side were beaten by Metalist in third round of qualifying for this year's competition but following a UEFA Emergency Panel meeting they will now face Schalke in the play-off round.

The two sides will meet for the tie's first leg at the Veltins Arena on August 21.

Earlier on Wednesday, a disciplinary committee removed the Ukrainian side from this season's competition after they failed to comply with the governing body's rules surrounding match-fixing.

After losing to Metalist, PAOK were placed in the UEFA Europa League and drawn against Maccabi Tel-Aviv.

Their return to the Champions League will see the Israeli side automatically qualify for the Europa League group stages.

Metalist have the right to appeal UEFA's decision to the Court of Arbitration for Sport.