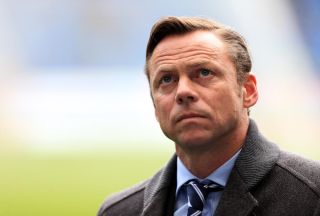 Paul Dickov believes Manchester City are only at the beginning of what could be a glorious trophy-laden era.

City secured their second successive Premier League title – and their fourth in seven years – on Sunday.

It was also their second major piece of silverware this season and they will have a chance to add another, and complete an unprecedented domestic treble, when they face Watford in the FA Cup final on Saturday.

It has been a remarkable campaign and former City striker Dickov expects plenty more success in the coming years for Pep Guardiola’s exciting team.

The 46-year-old said: “I just think they are going to get better and better all the time.

“When you look at what they have won already at that young age and what they could go on to do, they are only going to get better.”

City were pushed closely in the title race by Liverpool – winning by only one point – but their standards have not slipped from last year’s record-breaking campaign.

The team accumulated 198 points over the past two years with Guardiola continuing to push them on.

Dickov, who earned a place in City folklore by scoring their memorable equalising goal in the 1999 Second Division play-off final, said: “I thought last season would have been hard to beat – 100 points, 100 goals, breaking all sorts of records – but I think they have exceeded that this year.

“For Liverpool to lose one game and finish on 97 points and not win the league shows you how good this Manchester City team are.

“Back to the turn of the year Liverpool were seven points ahead and could have gone 10 points ahead when City played them, but City beat them and got it to four points.

“It could have been seven after we lost to Newcastle, but then to go and win 14 games on the bounce shows you what a special team this is.”