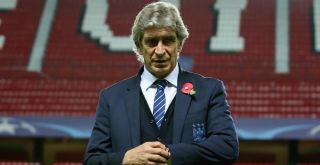 Whatever the future holds for Manchester City boss Manuel Pellegrini, returning to his native Chile to coach the national team is not on the cards.

Pellegrini's job at City is the subject of intense speculation following Bayern Munich coach Pep Guardiola's announcement that he will quit the German giants to pursue an opportunity in the Premier League.

Copa America-winning coach Jorge Sampaoli resigned from his post as Chile boss on Tuesday, but Pellegrini is not looking to take over.

He told Radio Cooperativa: "I hope to continue with competitive teams in Europe. I will not go back to Chile in three or four years.

"In the coming years there is no possibility of me taking the Chile job.

"I think the solution is to find coaches who are closer to the local environment."