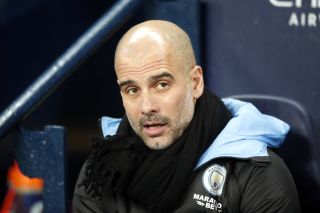 Pep Guardiola did not report any new injury concerns for the game against Arsenal, but the Manchester City manager warned that his players are not fully fit ahead of the Premier League’s resumption.

Guardiola said there has not been enough time to gear his players up for Wednesday’s restart, which comes 101 days after their last match against Manchester United.

Winger Leroy Sane was closing in on a return before the suspension following a knee injury sustained in August, while defender Aymeric Laporte has had an injury-hit season.

Arsenal expect to have Kieran Tierney available in a near full-strength squad.

The Scotland full-back would have missed the original trip with a dislocated shoulder but could make his first appearance of the year at the Etihad Stadium.

Gunners boss Mikel Arteta has reported no fresh injuries since the return to training but defender Calum Chambers (cruciate ligaments) is out and midfielder Lucas Torreira (ankle) is a major doubt.